You are here: Home / Testimonials

Here’s What People Say About DAN:

I Yelped them and gave them a great review because I went to four other companies and West-cal found a way that I could buy a home in my name. I was told by other mortgage brokers that it wouldn’t work, even though I had previously owned homes and had a high credit score. West-Cal found a way so I could get the house and it has been wonderful.

They were just so informative. They even came to my signing. I would call and they would explain the whole deal, they walked me through everything. They were never too busy. The two women in the office were amazing, they went above and beyond.

They make what seems impossible, possible.

He was very efficient, fast, and responsive. I had a good experience. In my case, the last refinance was in the midst of a divorce, and it worked out really well.

They are really easy to work with. We were very satisfied.

I would tell a friend to use them, but it’s not exactly in my area. I’m in Marin County so it’s not close to my home. My friends should use them, but they might opt for someone closer to home.

They were very friendly, they bent over backwards to make me feel like family, and they were just wonderful.

I would tell anyone that is looking for a loan to go there, they will get the best deal.

They didn’t make any mistakes. I am used to big banks making mistakes and I’ve worked with West-Cal twice now and both times, there were no problems. I completely trust them.

He always got back to me quickly after I called him.

I have actually steered several friends to them over the years, they have had similar experiences. They are great and knowledgeable. They know how to make it happen and they do make it happen. When it comes to getting a loan you want someone who knows what they’re doing.

I have gotten four different mortgages from them over the past 10 – 12 years. They are awesome. What they say they are going to do, they make it happen. Patti was my loan officer and she went above and beyond every time. Patti was always there, she answered the phone and made it simple. She was patient and she explained everything. Mortgage companies are hard to deal with. She handled all the paperwork, did everything, and made it all happen. I would use them again, and I will next time I refinance in about a year. I have never had a bad experience. I have gotten four loans, my girlfriend has gotten two loans, and two other friends got loans because I recommended them. They all had the same positive experience.

He’s attentive, responsive, and he works hard on your behalf. He really knows what he’s doing and gets it done. We think he’s great, we all recommend him to family and friends so we’re pretty satisfied.

They went above and beyond what was required of them in order for us to get our loan.

The extra effort and time that they put into assisting us in getting our loan.

I would say to definitely use them.

The owner, Dan Eichhorn, is a good person to do that complicated job. He does it all.

They did a good job and they were very competent.

I like the fact that Dan was very personable. He seemed to understand what he was talking about.

I’ve been recommending them for several years.

The effort, Dan makes great effort and he has helped a lot of people that have had challenges getting a good mortgage. He does a great job and he is a very good guy.

I would let a friend know I didn’t have any problems.

They were very friendly and efficient.

They closed my loan.

The new office building seemed very bright and open. The last one was almost in an alley. I was pleased with the service we got.

Dan helped me think through a lot of different options. I would say that he is upfront about the cost both short and long term, it helped me decide. I was very happy.

I would refer them.

Their timeliness, experience, knowledge, and helpfulness, they’ve always come through. They’re great people and I’ve been happy over the years.

They are fair and trustworthy. I liked that they made it feel personal. 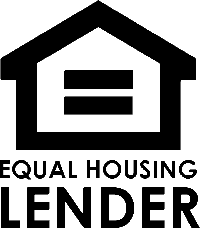